White Pine National was committed to the environment before it was White Pine National. In its construction, very little soil was moved. This was planned to avoid disturbing the natural drainage of the land. Even the selection of the 400 acres of land that were purchased were selected because the soil and topography would accommodate an 18-hole golf course with minimum impact. The designers, Bruce and Clem Wolfrom, walked that 400 acres of wooded upland terrain, selecting the best areas to route the golf course through. Only tees, greens and bunkers needed excavation. The rest of the course was designed by Mother Nature.

Bruce and Clem had a lot of experience with drainage, irrigation and golf course design and they put that knowledge to use to make White Pine National the most environmentally friendly course they could create. After choosing the land, the next project was to design an irrigation system that would use a minimum amount of water and energy to pump that water. They enlisted the help of a friend in the irrigation business to design this unique, environmentally friendly system.

The idea was to use a lot of smaller sprinkler heads to cover the same area that traditional systems only used one or two. The theory was that with large, high pressure irrigation systems, the water was so highly pressurized and was sent so far that a large percentage of that water blew away or evaporated instead of irrigating the area it was intended to irrigate. Ben came through and developed and designed the system. The fellows tried to raise interest in the golf industry in their system, but it fell on deaf ears. There was more profit in selling the traditional large pumps and sprinkler heads than the ones being used at White Pine National. So, White Pine National has a custom designed, one of a kind, environmentally sound irrigation system and has saved millions of gallons of water over its 19 year life.

The land used for the course was lumbered at the time of construction but certain trees were selected to remain to highlight and define the golf holes. Several years before the 400 acre parcel was purchased, Alcona County had suffered infestations of gypsy moths and the oak trees on this land had been hit hard. Soon after the course was complete, more lumbering began to thin out the remaining oaks in order to strengthen as many trees as possible with extending their life as the expected outcome. It worked. For a few years we lost a few trees every year, but they have stabilized and some are living out their long lives much healthier because of the sound timber management used here.

As much as possible, every project on the course and in the clubhouse is thoroughly examined to be sure that the best use of materials and minimum impact on the environment will be the outcome.

Part of the mission statement of White Pine National declares the goals of this venture and then concludes, “We intend to do this in a fiscally responsible manner, taking heed to care for the environment and be an asset to the Hubbard Lake community.” We try to live that every day.

In 2011, White Pine National will be providing a service to the community by accepting grass clippings and soft plant material from local homeowners that will be composted and used on the course. White Pine National is a great place to golf and a good steward of the environment in Hubbard Lake. 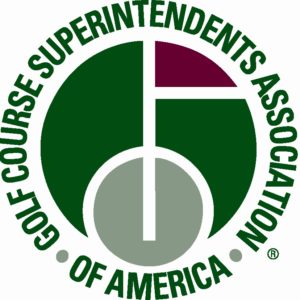